You know, it ain’t good for your soul to go around with hate in your heart. But sometimes you just can’t help it. Sometimes you gotta hate.

Sometimes you gotta hate for a reason. Like Neo-Nazis. I hate  what they get up to in prison and all. And I hate liver because it tastes like a cow shit it out onto your plate. I also hate when people tell me I just haven’t had it cooked right. Bullshit.  If I cook diarrhea in puff pastry it’s still diarrhea.  Anyway, you get me.

But there’s sometimes a time when you hate for no particular reason. Like how people hate Mimes even though they’re just lame actors who do bad mimicking of total strangers for no reason, not even money. It’s weird, but not hateworthy.

But this guy is. I fucking hate this guy. 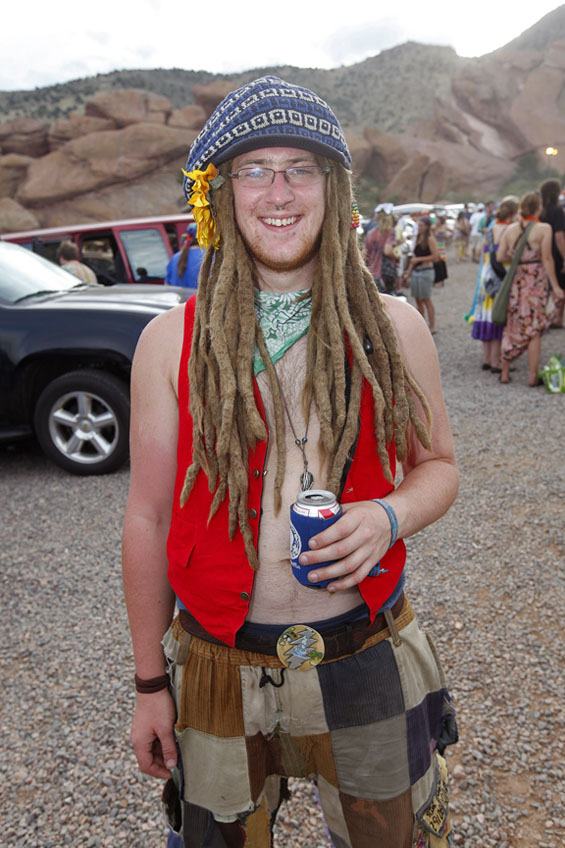 I hate his pot smoke, patchouli-scented, Birkenstock-wearing bullshit. I hate his North Face backpack and his collection of Dead bootlegs. He never even saw the Dead, but he calls Jerry Garcia “Jerry” like they were pals. I hate his shirtless red vest and quilt pants and his BO and his vegan friendship bracelets. I hate his trust fund and his faked poverty.

I fucking hate  him. But not for those reasons, though I think they’re good enough.

I just do is all.

Nothing Is A Big Word