I was coming home from my job at the Denny’s at 4am. I was supposed to work until seven but it was so slow that Derby, my manager, cut me loose. He had me make sure the pans were all done and that there were no backed up plates in the Hobart. Not a problem because it was really slow, being Sunday night and everything. The AA people finally left around one and after that there was nobody.

I’ll say this about AA people. Those fuckers can really stretch a dime. I mean, at one point there must have been eighteen of them sitting around a table. Most of them drank coffee, but there was maybe one or two food orders between all of them. And even then they didn’t eat all the omelette or toast. And they stayed for hours.

At least they were nice enough, and even though the check was less than thirty bucks they tipped Charise seven. She gave me two for clearing the table while she went out and smoked. 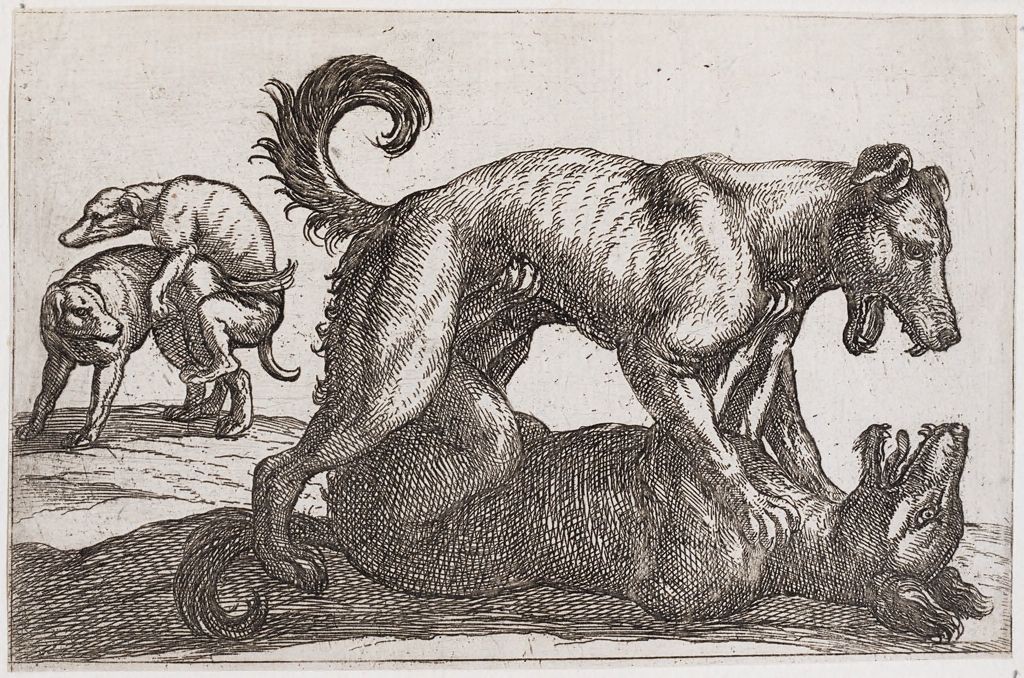 The dogs looked nothing like this but you would NOT want to see an actual picture, believe me

Anyway, I came home and saw these two dogs going at it. I know dogs have feelings because when I was a kid we had a dog who loved me, but I don’t think there was any romance in what I witnessed. It was animal and ugly and made bad sounds.

Still, it made me lonely. I live in a one-room apartment in a building that used to be a bum hotel. You can still smell the old dead wine and all the Top and Bugler that got smoked there over the years. It’s in the floorboards and the walls. I came back to my room and saw my little cot and I got real sad. You know how it is when you feel sorry for yourself?

Yeah, that was how it was with me. Bad, too.

I tried to sleep, but my brain is a bastard. It kept showing me the dogs. Worse yet, it kept saying mean stuff.

The mean thing it said was that dog has more than you, Speedway. You have a shit job but he’s out on the street getting laid.

I called in the next day and quit. My P.O is going to be pissed, but he said there might be something out at the airport. I knew a dude with a felony rap who worked out there, so maybe it’s still possible.

Pray for me, and please don’t feel sorry for me. I do enough of that for myself.